It’s getting hot which in HVAC speak means Tune-Up season. But you dont want to pay someone to come out and do the work when you feel confident in yourself. I get it. As a homeowner who feels pretty handy and mechanically inclined, I will try to do most everything on my own… with the help of some youtube videos and google searchs too, of course. None the less, there are certain things that are beyond my scope of knowledge or training and I end up doing anyways just to stumble upon something I missed after the fact. The filter drier is a commonly overlooked aspect of a DIY tune up and a crucial component to your unit operating smoothly for years to come. A job that might be better off left to the experts.

What does the filter-drier do? Think of it the same way as an oil filter on your vehicle (treat it the same way too) or a water seperating fuel filter. The filter allows the refrigerant needed to cool your house to pass by but catches contaminants that might run through your refrigerant line that shouldnt and absorbs any moisture that might be present in the system. 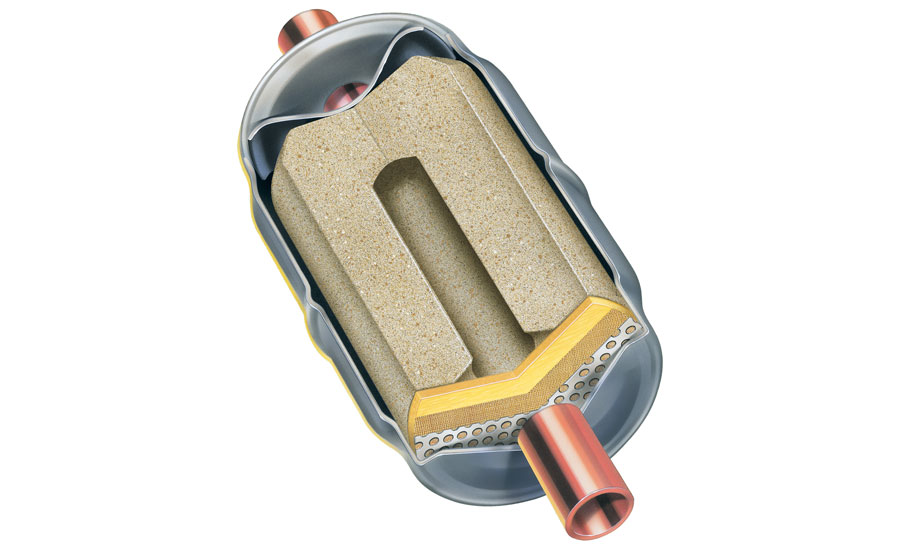 The most important function of the filter drier: absorbing moisture. What is water going to do you ask? Well it will eventually turn to acid after it interacts with the other chemicals and that will create big problems for your system. Acid, by its very nature, eats away at anything and everything meaning corrosion is bound to set in, the bottom support rusts out, small pieces break off, and more unwanted material gets passed through the system to create even more pain on the system. The acid has also been known to burn the insulation off the wires in the compressor and cause breakers to trip due to the exposed wiring creating an ark. Water also freezes if it is present in the wrong areas, which then expands and we all know what happens when something expands that shouldnt. It breaks and renders that part useless. This could include any of the tubing in your unit, the compressor or condenser.

The second function of the filter drier is to provide filtration as the name implies. Moisture is just one piece of the filtration but there are still small particles that dont need to be going on joyrides through your system. Its a closed loop system and things shouldnt be getting into the system you might ask but that is not the case. A small screen is typically inside of the filter to catch these particles and they will build up over time. This might seem a little counter intuitive but for a little while its a good thing to have filter build up because the particles themselves create depth and increase your filtering effectiveness. Basically the first time the filter begins collecting the holes are at its largest meaning more particles can potentially flow through that shouldnt, but as the contaminants collect on the screen these holes get smaller and smaller. So what particles may have made it through the first time around might not make it around a second time when there is build up. But thats the end of filter build up being a good thing because once it reaches its capacity and gets blocked up, it creates a pressure drop and the refrigerant will likely go through something called “flash gas” or “flash vapor”. In short, this is when the refrigerant goes through a rapid evaporation process. Your system is meant to operate with a liquid refrigerant and not a liquid/vapor mix so you will now have a less efficient system (meaning more $$$ on your utility bills) and more strain on your system since it will need to use more energy and longer run times to achieve the desired results (meaning lots of $$$$$ on premature system failure) 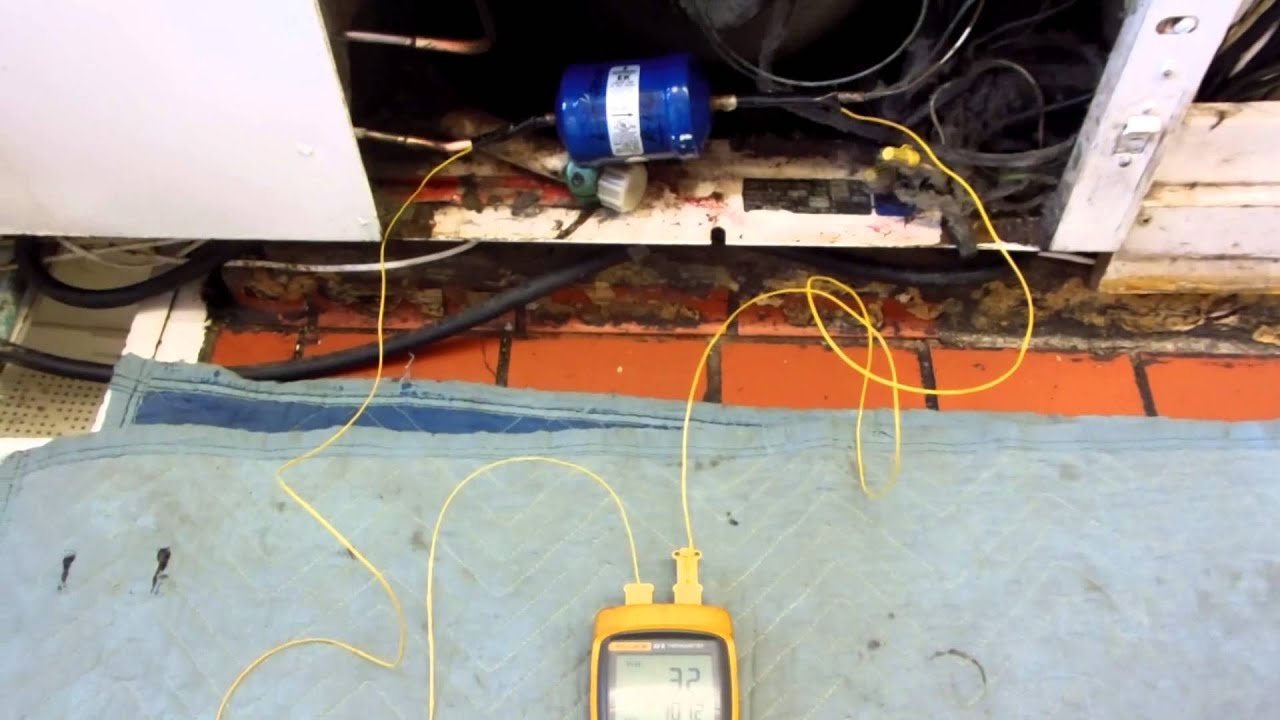 How to know when its time to change? If you have the tools you could take the temperature before and after the filter, roughly one inch from both ends and if the reading is different by greater than 3 degrees F then it is time for a new filter. The other rule of thumb is to change it anytime your system is opened up which provides an avenue for more contaminants to sneak in. All in all, your system should only be pushing one thing through it and thats whichever refrigerant it is intended to run off of such as R410a. But our systems arent always perfect and stuff happens, allowing air, moisture, dirt or corrosion, etc to get into our lines and thats where the filter comes in. To make sure only that which is supposed to pass is allowed to and nothing else. Kind of like Gandalf.

In conclusion and back to my oil filter on a car analogy, anyone who has driven a car past the recommened oil life/change or has known someone to do so understands that it hinders performance and can lead to severe or catastrophic engine problems. Don’t let it happen to you and your family on one of these hot days. If your system doesn’t currently have a filter drier then it might be a good idea to look into one. Long story short, make sure you are checking the filter drier if you choose to do the work yourself or play it safe and leave this job to the experts.